Performers:
The 4 artists involved are strong performers within their fields, working both individually and in other constellations. They each bring experience and knowledge from their own performance art form, as they gather for this project to share a working process across genres. All four artists are involved as artistic concept developers and performers in the work ”I Vesterled”. 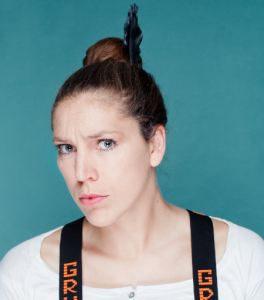 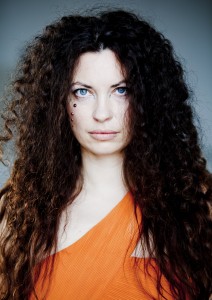 Hilde Bjerkeskaug
freelance actress based in Norway. She has studied acting at Norsk musikkteater og ballettakademi, masque and dramaturgi at Høyskolen i Oslo and holds an MA Drama & Theatre from NTNU, Trondheim. In 2010/2011 she was employed as an actor/instructor with Nord-Trøndelag Teater. Hilde has performed in works created for youth, children, as well as toddlers. Her work ranges from object theatre, masque, theatre improvisation to visual theatre, as well as being a singer/songwriter with the cabaret band Daisy. www.myspace.com/bjerkeskaug 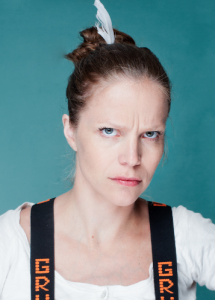 Ida Uvaas
freelance dance artist based in Oslo, with a BA(hons) Dance Theatre from Laban in London. She was based in London 2002-2010, where she founded MIKS dance theatre together with Sara Lindström og Anaïs Bouts, touring extensively in the UK and Europe, with their conceptual performances. Her work looks at collaborative processes, questioning the structure of the theatre, the role of the audience, and the artists’ role as curator. She has worked for a.o. Frauke Requardt, Athina Vahla, Juanjuan Sun, Annika Ostwald og Trine Ørbæk, with KompaniKontra and for Galeiscenen. Ida is also teaching dance at Rønningen Folkehøgskole in Oslo. 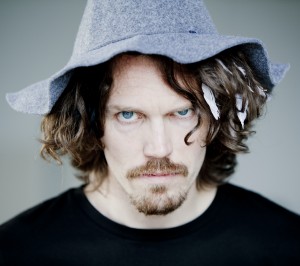 He received the Norwegian State’s Scholarship for younger artists in 2009, for the purpose of dwelling into the artistry of storytelling bordering to performance. He has a BA Drama and Storytelling from Høgskolen i Oslo and has previously worked with interactive performances for children touring with TiU’s (theatre in education) performance “Flammebarnet” in 2005. www.kloverknekten.no 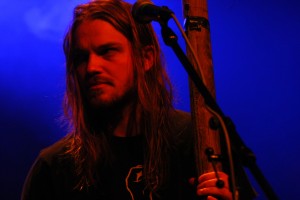 Jens L. Thomsen
is a very active musician and composer from the Faroe Islands, that lives in London (UK). He has  a BA (Hons) from Thames Valley University London (UK). He is the founder of  the experimental and innovative Faroese band ORKA known for their self-built instruments and unique sound.
He has composed music for various artist, such as award winning short films from Marianna Mørkøre & Rannvá Káradóttir and Heidrik á Heygum. He has also composed music for  fashion designer Barbara i Gongini at Copenhagen Fashion Week. He is also part of the experimental theatre group DetFeroscheCompagnie.